Somatic gene therapy has been developed to treat inherited and acquired diseases, for which there are currently no or only limited other treatment options. Genetic modifications are restricted to cells of the body (somatic cells), but exclude germline cells to avoid transmission of genetic changes to the offspring. Our societies have supported the development of innovative approaches of somatic gene and cell therapies for more than 25 years. While we acknowledge the necessity of fundamental research, our societies agree that based on current knowledge and experience, germline genome editing is irresponsible and ethically not justifiable.

Documents posted to the Chinese clinical trial registry and articles published by various news outlets suggest that Dr. Jiankui He (Southern University of Science and Technology, Shenzhen) used CRISPR/Cas9 designer nuclease technology to alter the genome of human embryos prior to uterus implantation. CRISPR/Cas9 is a state-of-the art technology in molecular medicine for research purposes and has also been developed as a tool for gene therapy. The technology can be described as molecular scissors that allow to modify the cellular genome at pre-defined, so called target sites, and thus opens the possibility to repair a genetic defect. Nonetheless, off-target activity, i.e. cutting at non-intended sites in the human genome, cannot completely be excluded. Off-target activity can generate mutations with unknown effects not only on the subjects’ health but also on that of their progeny.

Dr. He has given an exclusive interview and posted a video on YouTube describing his research, a very unusual way to present scientific work. He has declared that healthy twin girls were born after genome editing of embryos generated by in-vitro fertilisation (IVF). He claims that in at least one of the twin girls he successfully inactivated the CCR5 gene thereby protecting the girl from infection with human immunodeficiency virus (HIV). Besides the potential side effects and the huge ethical implications, even the scientific reasoning for his approach is very questionable for several reasons: (i) The reported CCR5 knockout would not, as stated, result in complete protection from HIV, (ii) The CCR5 knockout itself could have potentially serious functional consequences, as for example the already established higher susceptibility to viruses other than HIV, (iii) Given the current efforts to decrease the rate of new HIV infections and to develop effective vaccines, in addition to self-protection, the foreseeable risk of HIV infection is low.

To the best of our knowledge, the claims by Dr. He has so far not been confirmed by an independent and scientifically sound source. The research has not been peer-reviewed, but was presented at the Second International Summit on Human Genome Editing, which is taking place 27-29 November 2018 in Hong Kong. According to Chinese government and Shenzhen University officials cited in the media, Dr. He had not obtained permission by the competent authorities, including the responsible Ethical committee.

Gene and cell therapies have huge therapeutic potential, and genome editing is currently emerging as a promising and powerful tool for repairing genetic defects. As with any treatment, however, there are potential risks associated with genome editing that need careful investigation before these new treatments can be used in patients. Besides the necessary safety studies, application to germline modification, in our view, requires broad societal discussion of the ethical implications. The Second International Summit on Human Genome Editing taking place this week is one of the many international efforts to find an international consensus. Importantly, there has been a general agreement at the first Summit: “It would be irresponsible to proceed with any clinical use of germline editing unless and until (i) the relevant safety and efficacy issues have been resolved, based on appropriate understanding and balancing of risks, potential benefits, and alternatives, and (ii) there is broad societal consensus about the appropriateness of the proposed application.” The ESGCT and the named European Societies completely support this view and condemn Dr. He’s experiments as risky, designed for enhancement rather than therapy, and therefore ethically inacceptable. We recognize the power of this technology for treatment of human diseases, but urge caution until further research and experience with genome editing, public consultation and legislation is consensually established. Lawmakers and the public should have a say about the circumstances, under which the use of these cutting-edge technologies is permissible. While a number of rigorously tested gene and cell therapies are beginning to realise their potential in the clinic, it is important that clinical studies continue to meet international standards, to ensure they are safe, and that research is conducted transparently and responsibly. Irresponsible and unethical acceleration of the use of these technique in the clinic prior to legislative debates is more likely to hinder than accelerate the progress of these promising techniques.

Signed on behalf of the Societies, 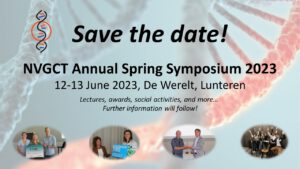